Goldenstate College is one with the Commission on Higher Education RO XII in the celebration of its 20th Anniversary held last May 19-20, 2014 at Koronadal City. It was the first time the commission has celebrated this event with the participation of the different Higher Education Institutions and State Universities all over the region.

It started with a grand parade and motorcade in the main thoroughfares of Koronadal City which ended at the Regional Office for the formal opening of the event and the much awaited Booth Competition participated in by the HEIs in the region.  The event was formally opened with the Ceremonial Ribbon Cutting headed by the CHED Director himself, Dr. Maximo C. Aljibe assisted by the officers and administrators of different Colleges and Universities.

More to this was Goldenstate College’s triumph in different categories as they were awarded trophies for their outstanding participation in the World Food Festival held in Vietnam and the College’s outreach program for the Compostela Valley typhoon victims. Our CEO himself, Dr. Warren A. Manilay, MNSA was an awardee for being one of the most active officers of the HEI Association. His trophy was accepted by his son, Mr. John Ralph T. Manilay and the VP for Finance Mrs. Sara Jane T. Manilay together with the College President Mrs. Josie Yap Tirador. The most awaited part of the event was the announcement of the BEST BOOTH winner of which the trophy was awarded to Goldenstate College. The Awarding Ceremonies was held in the South Cotobato Gymnasium with a cocktail-dinner party attended by the owners, administrators and presidents of all the Colleges and Universities in the entire region. It was indeed a victorious evening for Goldenstate College.

THE RECIPIENTS OF THE DIFFERENT AWARDS DURING THE CHED’S 20TH ANNIVERSARY AWARDING CEREMONIES AT THE SOUTH COTOBATO GYMNASIUM WITH MR. JOHN RALPH T. MANILAY, THE DEVELOPMENT AND PLANNING OFFICER OF GOLDENSTATE COLLEGE (4TH FROM LEFT) 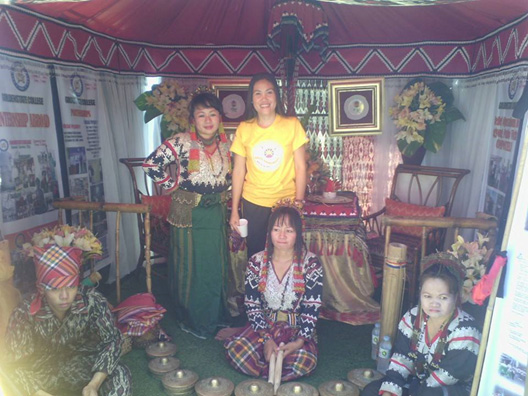 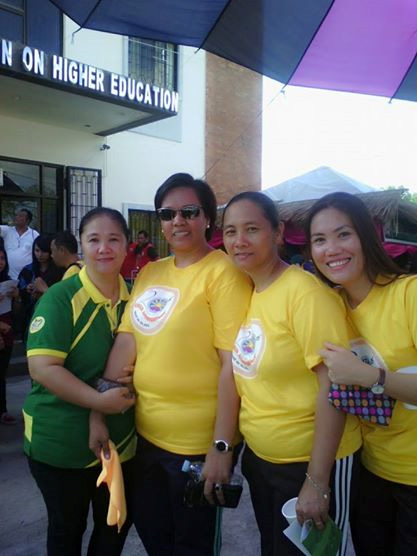 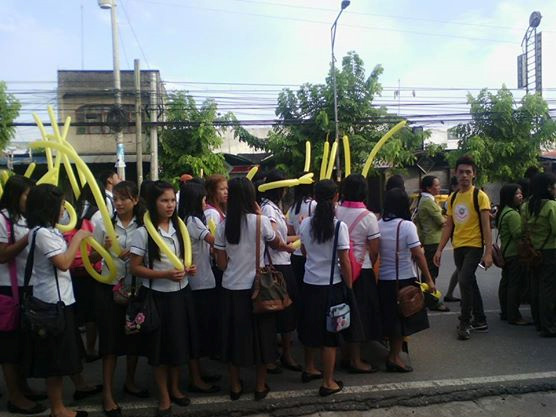 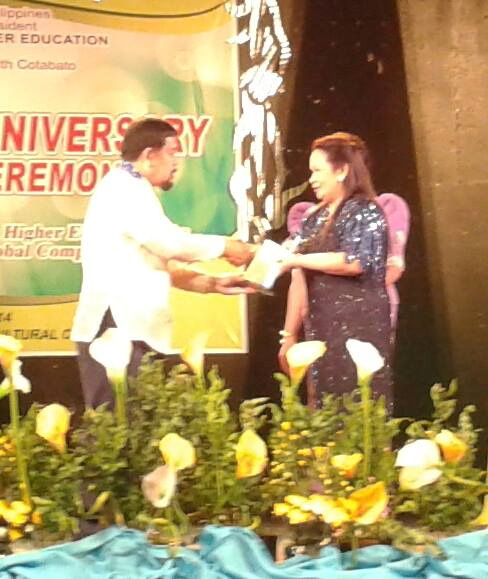 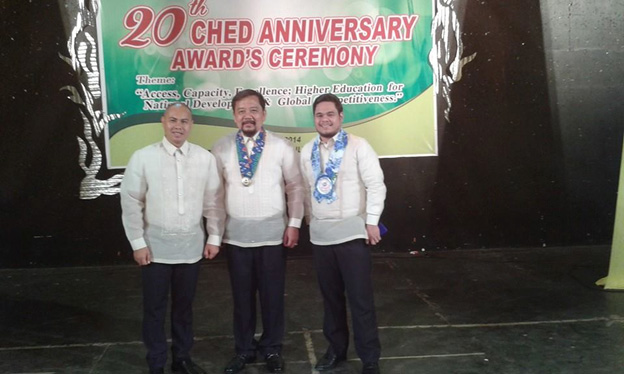 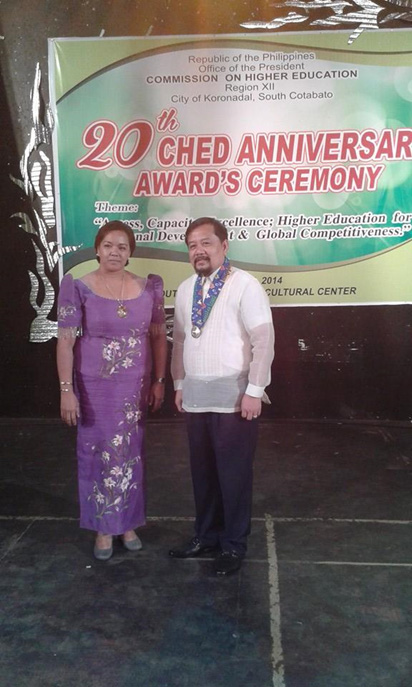