The holiday season is in full swing, and before everyone goes back home to spend Christmas with family, Goldenstate kicked off the month’s festivities on December 1 with the inaugural Light-a-Tree Countdown celebration.

Spearheaded by Mr. John Manilay, Head of the Development Office, the Light-a-Tree Countdown is the culmination of the efforts of students, faculty, and staff.  Each department spent the preceding weeks decorating a tree in the courtyard.  Except for the Christmas lights, all of the decorations needed to be sourced from recycled materials.  This added challenge tested the creativity and ingenuity of each team, and on Monday evening, once the sun had set, their stunning innovations were on bright, luminous display.

But first, attendees partook in a Christmas bazaar featuring food and gifts sold by each department.  Around 5 o’clock, the program officially began with opening remarks by Sir John. This was followed by a surprise birthday greeting for our CEO, Dr. Warren Manilay, MNSA.  After being serenaded by faculty and staff, Dr. Manilay offered some comments of appreciation for and reflection on his birthday, as well as acknowledgement of the hard work put in by the event’s participants.

After a few more words from the night’s organizers, the entire courtyard went dark, starting the countdown.  Then came the moment everyone, especially the participants, had been waiting for: in a flash, all eight lighting designs shone, dazzling the audience.  Goldenstate had become a Yuletide wonderland.  Each tree demonstrated the artistry and resourcefulness of the designers, as items like plastic cups and CDs were repurposed into well-executed takes on Christmas icons like Nativity scenes, snowmen, and Santa Claus.  To supplement the designs, each team performed Christmas carols, ranging from traditional a cappella medleys to multipart singing-and-dancing extravaganzas.

As the audience was mesmerized by a number from the always-entertaining Sinag Dance Troupe, the total scores for the tree designs and musical performances were submitted by the judging panel, composed of Sir Ferdinand Alcantara, Ma’am LJ Pulido, and Sir Joaquin Suaverdez.  Once all of the points were tabulated, it was Division 2 who had come out on top.

Congratulations, not only to the members of Division 2 on their well-deserved victory, but to everyone who had made this event possible.  It will certainly be difficult to top this event next Christmas. 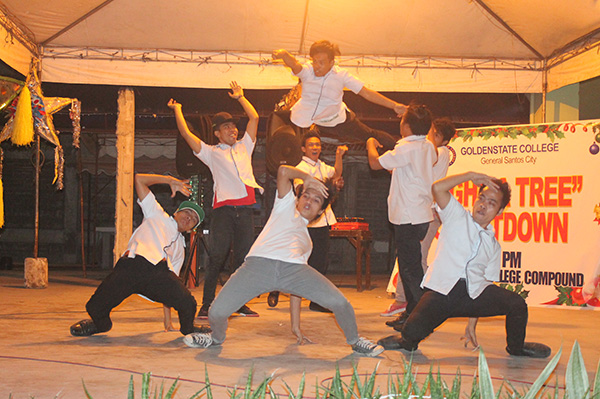 THE SINAG DANCE TROUPE WOWS THE CROWD WITH ANOTHER HIGH-FLYING NUMBER. 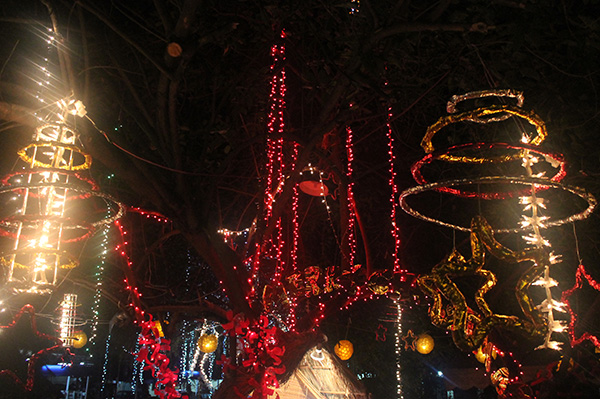 CLOSEUP DETAIL OF THE WINNING DESIGN BY DIVISION 2. CONGRATULATIONS! 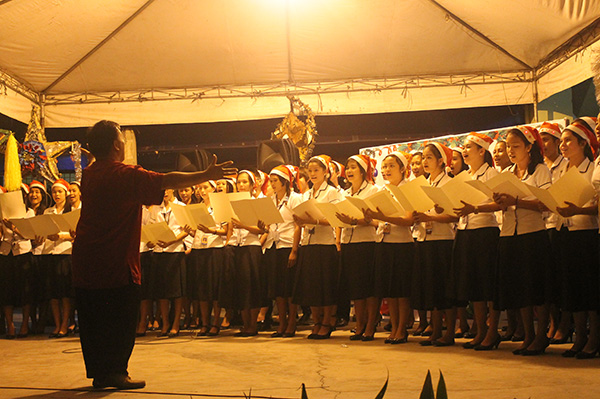 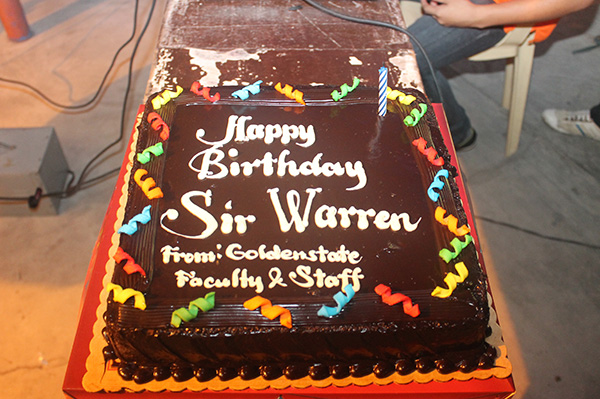 HAPPY BIRTHDAY, SIR WARREN! OUR BELOVED CEO WAS GIVEN A SURPRISE CELEBRATION DURING MONDAY’S FESTIVITIES.